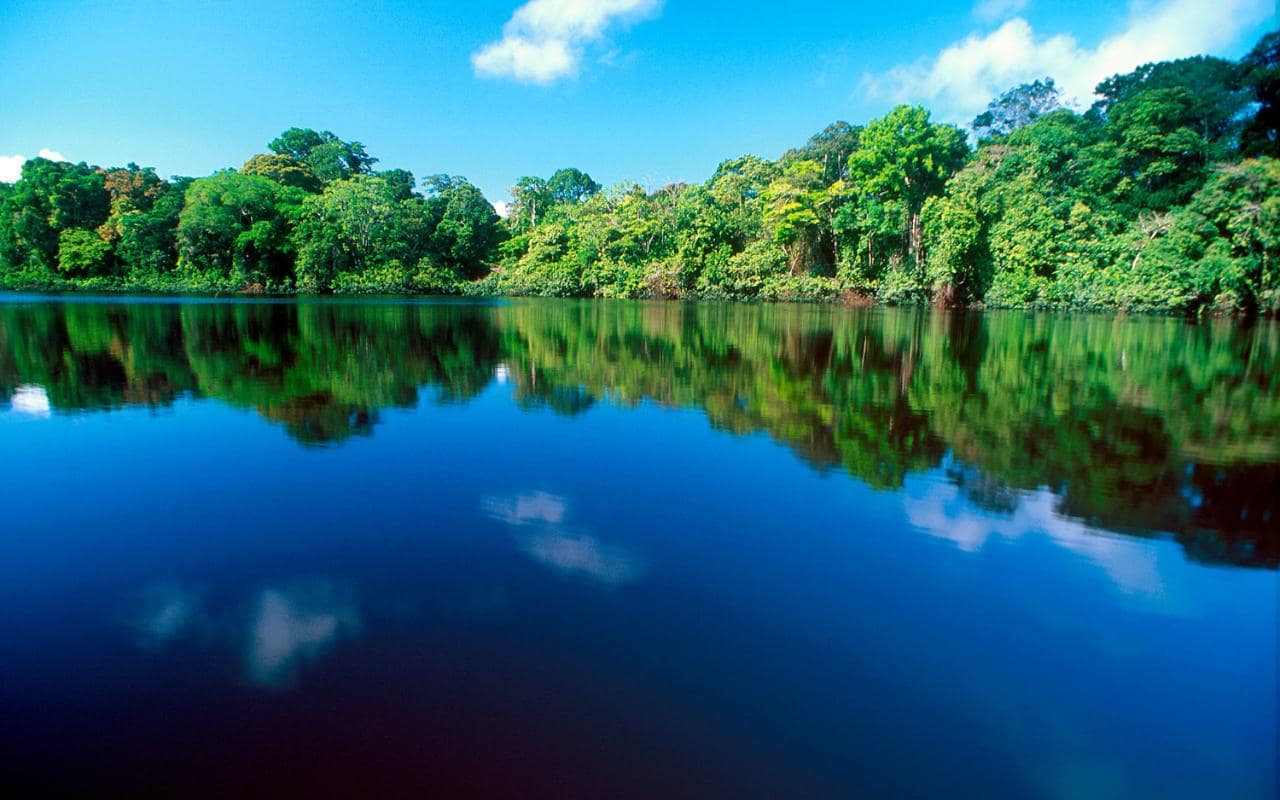 “What a morning,” exclaims my friend Beth as we sit on outdoor swings, sipping smoothies at our favorite little café in Dominical. We’ve just finished a beach cleanup in collaboration with a reggae event that will be taking place here over the weekend.

This scene explains why I absolutely love living in this spot in Costa Rica. It’s like I get to live all my passions combined in a paradise that seems custom built for me. From the beach cleanups that I love—and which help to keep our beautiful oceans clean—to the upcoming reggae show tonight, to being able to share the experience with genuinely good people. The longer I live here and the more people I meet, the better and deeper my connection to my jungle home becomes.

Additionally, the reason I can even attend a beach cleanup at 8 a.m. on a Friday morning is because I own my own business and I can make my own work schedule. Living here has allowed me the freedom to find my niche in the tourism industry and make a living but also have the balance that I always craved in the U.S.

The Costa Ballena or South Pacific region of Costa Rica is a perfect fit for me. It has enough development and infrastructure that I can run my business online and there is easy access to banks and grocery stores for everyday needs. Yet it is close to the ocean and I can balance my work life with surfing and my passion for all things ocean and water related.

This area of Costa Rica offers the community feeling that I was always craving in the States. Here, I know my neighbors and I can walk to the little tienda to buy a couple of avocados for lunch (they cost about $1, but sometimes you can even be given some for free if your neighbors have a tree) and discuss the surf with friends that I bump into on the way over.

As a single woman, living abroad, I sometimes get the question “aren’t you ever lonely or bored?” “Heck no,” is my reply. I have way more friends and close connections here than I ever did in the U.S. People are not too busy to stop and talk to you and I know that if anything happens I would have several friends right there for me and I’d be happy to return the favor if they were ever in need.

For example, just this week alone, Monday and Tuesday afternoons I was out surfing glassy conditions with the local gang, Wednesday was pizza night with the neighbors after a morning workout with the lifeguards, Thursday was yoga up at a beautiful yoga retreat that my friends own, and Friday morning was the beach cleanup. This is a typical week here.

As I stopped at a neighboring beach this morning on my way home from the cleanup to watch the new swell arrive with big waves thundering to a close on the sand, I found myself feeling simply happy. I’m thankful every day for making the decision to move to Costa Rica.

Story narrated by By Tara Tiedemann.

On the map, Costa Rica is a petite country—even the small state of West Virginia is larger. At its most narrow point it is a meager 76 miles from coast to coast. But don’t be fooled; it’s huge in its own way.

When Columbus dubbed the country Costa Rica—the Rich Coast—he may have been thinking of gold, but there is no shortage of natural riches and Costa Rica is a world leader when it comes to banking them through environmental protection. The Costa Rican government uses taxes collected on the sale of fossil fuels to pay for the safekeeping of its esteemed forests. In fact, the nation has more than a quarter of its territory under guardianship, in the form of national parks and reserves. And believe me, there’s no lack of things to protect.

This living Eden has mangrove swamps, herbaceous estuaries, coral reefs, deciduous forests, cloud forests, and rainforests that are all safe-guarded by the government. There are zones of geophysical interest—active volcanoes, hot springs, spooky caves, and prehistoric mountains; sectors of historic and archaeological significance, such as battlegrounds and pre-Columbian settlements; and areas of conservational importance, like the beaches where huge sea turtles gather and then later hatchlings by the thousands make their first crawl to the sea.

Hand-in-hand with the desire to protect these creatures and their habitats comes Costa Rica’s intention to be one of the world’s leading destinations for eco-tourism. Government policy is written so as to increase its world leadership in this sphere. There are financial incentives for protecting existing forests and trees, and tax incentives for planting more. These measures have succeeded. Reforestation has more than doubled.

Then there is Costa Rica’s self-imposed goal of being the first country in the world to achieve carbon neutrality—99% of the country’s electricity comes from renewable resources. And offshore, extensive protected marine areas are being doubled. These achievements reveal the vision of the future—one where the health of the land and the sea is tied up with that of the people. And in the end, that’s where the real wealth of the Rich Coast is found—in its five million inhabitants.

Ticos (the moniker Costa Ricans give themselves) have established one of the world’s most stable democracies. This triumph is justly eclipsed by being the only democracy to have dissolved its standing army. Abolished in 1949, the reallocated army funds are spent on education, healthcare, and pensions. Costa Rica invests more in education and health as a proportion of Gross Domestic Product than the U.K. As a result, Costa Ricans enjoy a high life expectancy and a literacy rate approaching 98%. This peace-loving, non-confrontational modus operandi of the ticos is best seen in daily life through the window of their unofficial axiom: Pura Vida.

Literally translated as “pure life,” I think it is better to explain as “nothing but life.” As in: a sheer, utter, unmitigated, and uncontaminated life. Perhaps that’s why Costa Rica has also been repeatedly ranked first on the Happy Planet Index.

But what makes a happy life? Costa Ricans know the answer. It is a belief that the urgent things should not get in the way of the important things; universal healthcare via a public system, as well as a state-of-the-art private system; a Norman-Rockwellian family life; the low-stress pura vida mindset; living in and among la naturaleza (Mother Nature); and abundant fresh foods, clean air, and pure water.

Like any spot outside of the world of fairy tales, Costa Rica has its challenges, but it also offers premium rewards. The people who call this place home are privy to a kaleidoscope of life. They live joyfully and peacefully in simpler ways from simpler times, but with ever an eye toward the future.

Who knows? Maybe they also understand the enigma that eludes the rest of the world: how, without lots of money or leading-edge innovation, you can feel happier and live longer.

If you’ve done any reading at all about Costa Rica, you’ve almost certainly come across the phrase Pura Vida. Literally it means “pure life,” but it’s practical meaning can be a bit tough to nail down. It can be a greeting, it can be a response and replace “you’re welcome,” it can replace “cheese,” when someone is about to snap a group photo and everyone is holding up their peace signs and thumbs-up.

Probably my favorite definition is, “to live a peaceful, simple, uncluttered life with a deep appreciation for nature, family, and friends; a ‘real living’ that reflects happiness, well-being, conformity, and satisfaction.”

This is a big part of what makes life in Costa Rica so appealing; the innate opportunity to enjoy the simple things that can make daily life feel magical.  I landed on Costa Rica’s northern Pacific coast, also known as the Gold Coast, and it may sound a little silly, but after experiencing it in person you’ll understand how we could say that sunsets are one of my favorite things about living here.

The sunsets themselves are absolutely breathtaking, especially in the rainy season when the light bounces off the cloud formations to create colors and patterns that look like they’re straight from a painting. Not to mention the geographic location lends to sunsets directly over the crystal waters of the Pacific, and silhouettes of sail boats and surfers are like the cherry on top of the whole scene.

Not only is the sunset itself amazing, but this is a sort of social hour. It’s a great excuse to take a walk on the beach, feel the sand beneath your feet, and breathe in the fresh ocean breeze. And it’s just as good of an excuse for all of your neighbors and friends, making “sunset” more of a verb than a noun. And the best part of all? It’s a free show, nightly.

In the spirit of simple pleasures, I can’t ignore fruit while on this topic. The amount and accessibility of fresh, delicious, tropical fruit here has changed my lives. Not only can I find it inexpensively at the many ferias or roadside markets, but sometimes we don’t even need to buy it. I could walk my dog down the street right now and pick a few mangos and papayas along the way—there are fruit trees it seems everywhere you turn.

I start each day with a smoothie that’s just packed with fresh, organic produce. This jumpstart to the day is easy and tastes great, and starting the day the same way in our previous life back in Chicago would have felt more like a chore than anything else.

The abundance of nature is also a pure and simple joy that’s free to enjoy and all around us in Costa Rica. While it’s monetarily inexpensive, it’s invaluable in the way it has enhanced our daily life. Whether I am stopping to watch a howler monkey cross over the road on a monkey bridge that’s been placed by the municipality, leaving a friend’s house from dinner and catching an anteater moseying across the road, or taking a day trip to hike through one of the many vast and well-maintained national parks, I never tire of spotting and discovering new creatures and plants. And because the country is so dedicated to the protection of its natural environment, I know I can look forward to many more years of happy discovery.